It gives me particular pleasure to address you for a second time since I have assumed the position of Chairman of the Bank in April 2014. Needless, to add that I shall continue to exert every possible effort for the further development and progress of CDB and the promotion of the interests of its clients and Shareholders and thus prove worthwhile of their trust in me.

As all of us are aware, the 2013 unprecedented events inflicted a serious blow on the banking sector. As a result, 2014 was a year during which all banks in Cyprus initiated programmes of business rationalisation and of boosting capital adequacy in order to achieve full compliance with the stringent requirements set by the European Central Bank.

In consequence and as a result of the drastically reshaped banking environment and the backdrop of the economic crisis, CDB’s main strategic focus during 2014 was to retain the confidence and trust of its customers through prudent management of its business. Thus, it pursued the twin objectives of stabilising and improving the quality of its loan portfolio, and maintaining adequate liquidity. With these objectives in mind and continuing the cost-containment mentality initiated in 2013, the Group’s operational results for 2014 showed a marked improvement over those of 2013. More specifically, during 2014 the Group’s operating profit more than doubled, increasing by 118%, from €4.5m to €9.9m. The main factors that contributed to this improvement include inter alia the following:

It should be noted however, that the on-going adverse economic and business climate coupled with the implementation, at the end of the year, of the new Central Bank Directive on Loan Provisioning and Impairment, whereby a new and more conservative methodology for estimating loan provisions is introduced, resulted in their increase in 2014 to €11.8m from €9.8 m in 2013. Because of these factors, the Group showed a loss for the year before tax of €2.2m, which, however, was substantially lower by 59%, in comparison to the loss of 2013 of €5.2m.

In the pursuit of its main objectives, the Bank exercised vigilant monitoring and close management of the loan portfolio, aiming to contain, to the extent possible, the level of Non-Performing Exposures, and improve asset quality. Part of this effort was concentrated on the execution of efficient and viable loan restructuring solutions, due regard being had to clients’ difficult circumstances brought about mainly by the adverse economic conditions. Admittedly, the restructuring of loan exposures has proven to be a rather unwieldy process, due both to clients' slow responses and to the requirements of the relevant Central Bank Directive.

In parallel, the Bank focused its efforts on raising and maintaining adequate liquidity, during a period of depositor mistrust of local banks and the gradual relaxation of the restrictive measures on fund transfers both domestic and international. Thus the Bank continued its efforts for raising deposits with the mobilisation of all staff, offering an array of attractive deposit products, designed to meet the needs of institutional and retail depositors and aiming at the same time to broaden and further diversify its deposit base. This intense effort, culminated in positive results.

On the Corporate side of its affairs, the Bank intensified its efforts for strengthening its capital base, which ended in a capital increase of about €25m in November 2014 by both its existing and new Shareholders. As a 3 result the Group’s Core Tier I ratio increased to 11%, vice 8% prescribed as the minimum by the Fourth Capital Requirements Directive.

With the Bank’s recapitalisation and the participation of new Shareholders in its capital, the Group aims to improve its operating profitability mainly through increased transactional business from banking and other financial services, by inter alia expanding its reach in the local and international markets. To this end, in late 2014 the Bank proceeded to enhance its operational capability by recruiting additional staff at core units and embarked upon a programme for improving and upgrading its IT and ebanking systems.

During the year under review, the subsidiary company Global Capital Securities and Financial Services, strengthened its own operational capability to enable it to also service the clients of PCM Advisers Ltd, whose own operational capability was materially reduced during the year due to the resignation of key staff members. On the other hand, cdbRussia, our banking subsidiary in the region of Krasnodar in Russia, continued its activities amidst a difficult economic environment affected by the sanctions on the Russian economy by the West and the considerable devaluation of the Rouble. With its new Management, the bank focuses on the effective handling of its problematic loans, whilst proceeding to new lending with caution.

Meanwhile, the Group has instilled an effective Risk Management culture throughout its Organisation and has developed and implemented appropriate and prudent policies and procedures, aiming to mitigate the risk of loss from operations as well as the adverse consequences that may result from the current economic crisis.

Before concluding, allow me to extend a special thanks to all our clients, who put their trust in cdbbank throughout these difficult times, and to assure them that we shall continue to address their needs and provide to them high quality and professional services

I believe I echo all members of the Board in expressing sincere thanks and appreciation to Ms Andri Georghiou who was the Bank’s CEO from June 2013 to April 2015. Ms Georghiou’s wise command, dedication, hard work and loyalty had steered the Bank and the Group ably and efficiently during, what had unquestionably been, an extremely difficult period. We are happy to see her continuing with us both as Board member and Executive Director. At the same time I wish to welcome Mr. Kyriacos Papadopoulos who was appointed as CEO and Executive Director on the Board of the Bank as from May, 2015. I extend to him our best wishes for every success in his duties and assure him of the Board's commitment to support him in his difficult task. Thanks are certainly due to the rest of Management and all staff of the Bank for their zeal, dedication and commitment in executing their duties.

It is also opportune to welcome the six new members who recently joined the Board, namely Messrs Oleg Belousov, Aleksey Kulikov, George Loizou, George Pavlides, Thomas Christodoulou and Sergey Novikov who, I am sure, will have a meaningful and positive contribution to the deliberations of the Board as well as to the progress and prosperity of the Bank and the Group and with whom we look forward to have a close and fruitful cooperation.

Between December 2014 and April 2015, Messrs Anastasios Leventis, Themis Papadopoulos and Chrysostomos Theocli had resigned from their Directorships and I avail myself of this opportunity to extend to them the Board's deepest appreciation and warm thanks for their valuable services and contribution to our deliberations throughout their tenure.

Likewise, I would, of course, like to thank all my colleagues on the Board for their continued cooperation and enormous contribution to our work and progress of the Bank.

Thanks are also extended to our external Auditors Messrs KPMG as well as to our external Legal Advisers, Messrs Chryssafinis and Polyviou for their quality services and support.

In closing, I wish to express confidence in the future of CDB. I am sure that with the co-operation of our Shareholders and the devotion of our staff, CDB is well prepared and poised to face the challenges of the difficult environment, leading to growth and prosperity. Certainly, to achieve this we have to be on the alert and keep our products and services the best in the banking sector.

cdbbank announces the launching of its API Developers’ Portal. 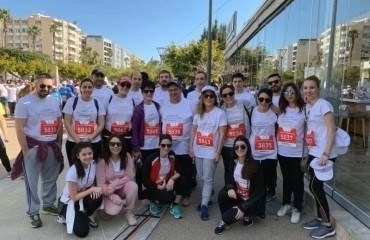 To read more news and articles 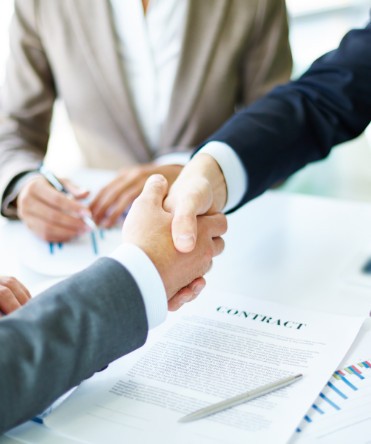 Our mission is to be a flexible, prudent financial institution, capable of offering specialized services and to continually create innovative products & solutions that add value to our stakeholders. Our vision is to be the reference Bank for Premier Business. 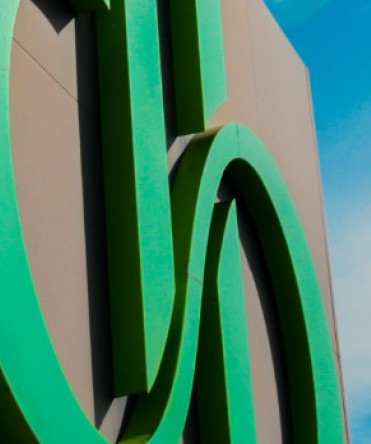 Founded in 1963, cdbbank boasts an impressive history of achievements and milestones which have shaped us into the leading financial institution we are today. We are dynamic and responsive in anticipating the growing demands of our local and international clients. 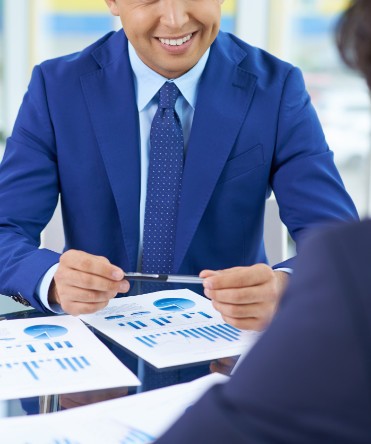 cdbbank welcomes talented professionals to join our young and dynamic team.
We are looking for highly qualified professionals, university graduates and financial specialists who share our values of integrity and excellence. At cdbbank, our employees are given the development opportunities and support they need to fulfill their goals.

With a history dating back over half a century here’s where we stand today.

cdbbank currently operates two business centers, one in Nicosia and one in Limassol, facilitating quick and personalised service. Our Client Relationship Officers ensure that you receive high-quality service at all times and that all your banking needs are catered with professionalism and a personal approach.

Design and Development by Darkpony